Where To Find The Best Food in Panama Cityfeatured

Panama is one of those countries that offers an incredible amount of variety and beauty in a relatively small and easily navigable space. There are jaw droppingly beautiful islands in every direction. There are stretches of jungle that go on for ages, so thick and dense that your eyes get lost in a sea of green. There is also a city, one rich with history and stories, that is split into a flurry of modern skyscrapers on one end and Casco Viejo on the other, which itself offers quaint streets, quirky bars and stunning architecture.

Panama exceeded my expectations, hands down. I love cities that are on the way to being “found out” but are not quite there yet. I love places with an effortless, tropical vibe. I love countries with residents that live off of locally sourced food, like fish, rice and plantains and sip coconut juice right from the coconuts themselves. I knew that I’d like it; I just didn’t realize how much.

My friend Emma graciously flew from London to PTY to meet me here. Our eight day, eight night Panama itinerary is outlined below. It’s $500 and a mere five hour flight from New York to reach this Central American gem.  Panama should not be disregarded as a place to consider visiting; if anything I’d say the sooner you can make it there, the better you’ll be. 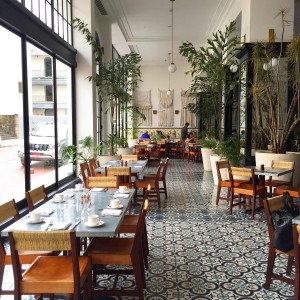 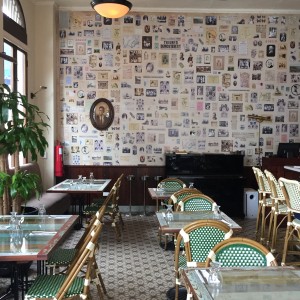 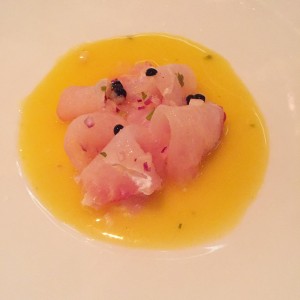 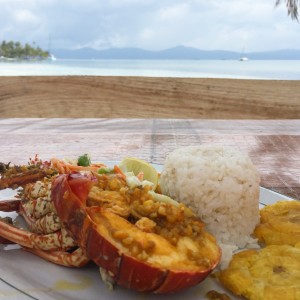 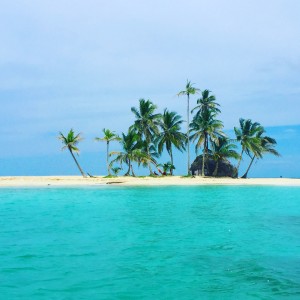 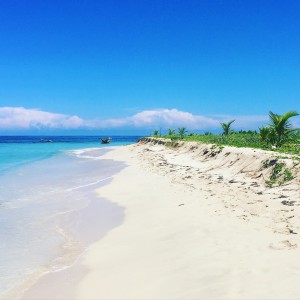 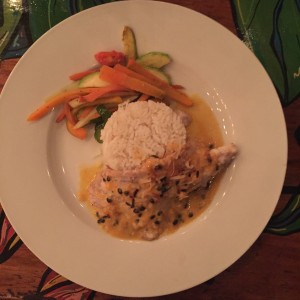 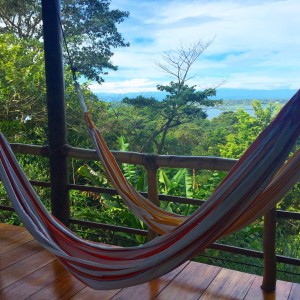 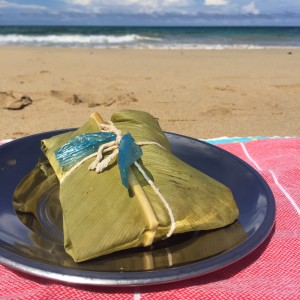 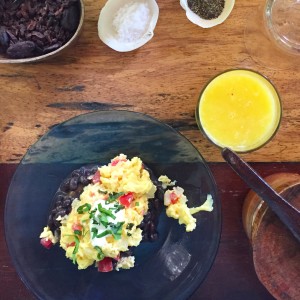 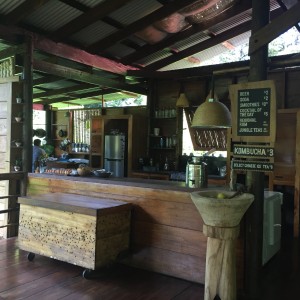 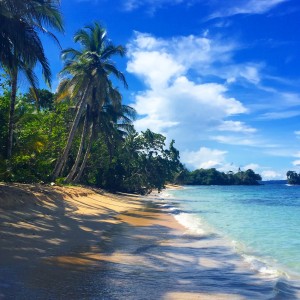 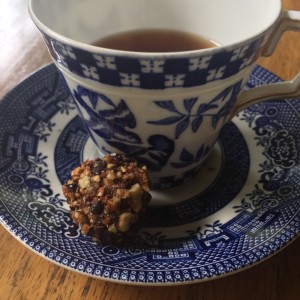 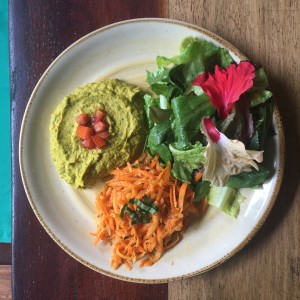 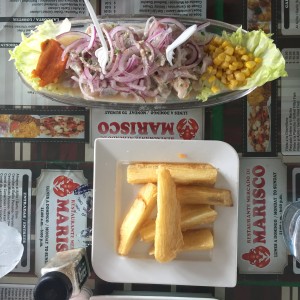 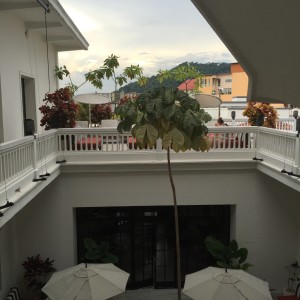 American Trade Hotel in Casco Viejo, Panama City was the base for the first leg of our journey.  Opened two years ago by the owners of the international Ace Hotel, ATH aimed to impress.  There is a strong maritime mood running through the sprawling lobby that travels upstairs to the generously sized rooms themselves.  There’s a library, a living room, a rooftop pool, a restaurant; the perfect place in which to unwind after long days and late nights, and relish in the fact that you are fortunate enough to be here to begin with.

Manolo Caracol
Manolo Caracol is interesting, buzzy and creative. While not a place I’d necessarily go running back to, it did serve as a nice entree into the developing Panamanian dining scene. It also has a $45 seafood-centric tasting menu with dishes like corn cake with shrimp and mint, and yellowfin with coconut rice and sweet potato; not an offering you’ll easily find in other cities.

Las Clementinas Bistro
Las Clementinas seemed to be the go-to, casual weekend brunch spot for hip, Panama City locals. There admittedly is not a ton to choose from in the Casco Viejo neighborhood, but nonetheless, we went, and it was great. The walls are adorned in old photographs and what look like newspaper cutouts from over the decades, the floor is tiled in a gray and white geometric art deco design, and the chairs are woven in bright green and white colors. Sundays do an official brunch menu, Saturdays and all other days of the week do a lunch that still provides eggs, interesting toasts, and the like.

Fish Market(s)
Apparently, as we learned, there are three different places in Panama City named Fish Market. The reason for this we were not so sure as it did nothing but confuse us, but somehow each option, though pretty different, were all unique in their own ways and deserved of a visit.

The first Fish Market we visited were the stands in front of the larger market of Mercado de Mariscos. No frills, no fuss, literally plastic tables set up on the street. We ordered one ceviche de pescado for $1.50 that was brought to us in a white styrofoam cup, one grilled fish sea bass fillet that came alongside rice and plantains, and two Panama beers. We loved it.

The second Fish Market was not a fish market at all, but a Mexican gone Mediterranean joint set up in some open space off of the main road in Casco Viejo. There were food trucks used for cooking and a chalkboard menu posted alongside it. Fish tacos and insanely delicious french fries doused in tzatziki sauce were our food items of choice.

The third Fish Market was inside and upstairs in the Mercado de Mariscos, overlooking the frenzied fish buying stalls below. Here you’ll find red checked tablecloth, a menu stocked with ceviche (regular and Peruvian style), yuca fries, variations on rice, half a dozen fish options, lobster, octopus and everything else you can think of that would fit into this genre. A fun, casual experience, yet again.

Granclement
When you’re wandering the streets in 90 degree weather with what feels like 100% humidity, French icecreams and sorbets are always a welcome retrieve. Lavender, pistachio, cinnamon are all at your disposal here; get some scoops, get it to go, and keep on exploring those magical streets of Casco Viejo.

Unido
Unido is a very local Panamanian coffee chain that serves Geisha, one of the world’s most expensive coffees. There are five branches, one of which happens to be attached to the American Trade Hotel. Unido is worth stopping by.

Tantalo Hotel
A rooftop spot that again, seemed to be on every local’s to do list. Tantalo Hotel has killer views of the newer side of Panama City, many a margherita and music that was a couple of years behind the times (another running theme here). Tantalo Hotel gets started late, and goes until the early morning.

Maito
Tasting menus are pretty popular in Panama City. The Panamanians seem to have a passion for their history, their culture, as well as their food, and they want you to be able to taste as much of it as you can. Though the tasting menu here was still only a reasonable $55, Maito was actually the highest end dinner we had the whole week. We were able to choose three starters, three entrees, and two desserts for this price, including some beet carpaccio, sea bass ceviche in a pineapple base, and tuna with wasabi and edamame.

Trump Ocean Club International Hotel and Tower
If you have time, it’s certainly worth heading here to see the infinity pools high above the Panama Bay water. You won’t be able to swim if you’re not staying there unfortunately, but you can grab a seat, grab a view, sit back and enjoy the show.

Mojitos sin Mojitos
This cool, high energy bar located on the corner of Plaza Herrera sits within cracked bricked walls that quite literally set the framework for a very fun night out. There is a soundtrack that is a fun mix of your younger years and this current summer’s most memorable beats, a young crowd ready to embrace the night ahead, and bartenders loving every minute of the fact that they work no doubt at one of the more interesting venues of this energetic city.

San Blas Islands
On day three we did a 6am-6pm day trip, booked via American Trade Hotel. The route from Panama City to the spectacular San Blas Islands takes you northeast through the center of the country, towards Colombia. We were driven by Juan, an exceptional guide, and taken on a journey through what I will call, the most impressive waters and beaches I have ever seen. Anywhere. Isla Pelican and Isla Frigata were among the day’s stops. Isla Pelican was home to one Kuna Yala indigenous family and offered stretches of white sand and complete isolation. Isla Frigata was home to another family, a family which cooked for us the best garlic grilled lobster I have ever eaten. Anywhere.

Bocas del Toro
The archipelago of Bocas del Toro is an easy 45 minute internal flight from Panama City. We spent five days and four nights here; first on Isla Colon, next on Isla Bastimentos. We did day excursions from Isla Colon, the best of which was to Isla Zapatillas, a small island with you guessed it, miles of white sand and solitude. While at Isla Bastimentos, with the help of La Loma Jungle Lodge and Chocolate Farm, we also traveled to Red Frog Beach and Polo Beach, enjoyed massages and explored the tranquil waters with our very own borrowed kayaks.

Ultimo Refuge
If you’ve ever had an image in mind about what a tropical, beach town restaurant might look like, this is it. Ultimo Refuge is located in Bocas Town, the main area on Isla Colon in Bocas del Toro. There’s an American transport playing covers you’re likely to know on his guitar, fairy lights strew about the ceiling and beams, and palms placed throughout. The setting is welcoming and casual, and the food is good. You’ll find on the menu also what you would likely expect; local fish with a light sauce and rice, ceviches, tartares, coconut soups. This place won’t rock your world but if you need a decent dinner and want to experience that island vibe we all love, Ultimo Refuge will hit the spot.

La Loma Jungle Lodge and Chocolate Farm
La Loma Jungle Lodge and Chocolate Farm is special. Really, really special. The ecolodge of La Loma was built 10 years ago from nothing, in the middle of the tropical forests of Isla Bastimentos within an area that was once primarily a banana plantation (some of the original inhabitants are now part of the lovely staff itself). Peruvian American Henry and American English Margaret had a dream; that dream was to live in the wild, and to give back to the society in which they would build their home, and their hotel. They’ve successfully created a space for guests to learn about the expanse, through walks, through tours of the surrounding cacao farm, even through conversation. They offer three homemade meals per day using local ingredients and spices, all of which were exceptional. They’ve built four open air, fully fitted lodges to sleep in at night, high above the land below. La Loma is luxury living gone rustic, a juxtaposition of extremes. You will feel both ends of the spectrum, no doubt, but you will also consistently feel an incredibly strong sense of welcomeness exuding from this family, their prodigious passion project and this incredible piece of Panamanian property.