Where To Find The Best Food in Mexico Cityfeatured

I cannot say enough good things about the incredible, eclectic, expansive and endlessly impressive Mexico City. The artfulness of the streets, buildings and parks, the pure and palpable friendliness of the people, the care and creativeness put into the design of every bit of space, and of course the distinctiveness found in its culinary creations, made this one of the most memorable places I have ever been.

From $1 tacos and tostadas found in sprawling, local markets, to more serious spots that have international fame and acclaim, the food here left a major mark.  I could have spent weeks exploring and eating my way around the otherwise named DF (Distrito Federal); I only had five days this time around, but as is always the case when traveling, I packed it in and safely feel I can say I enjoyed some of the best this city had to offer. 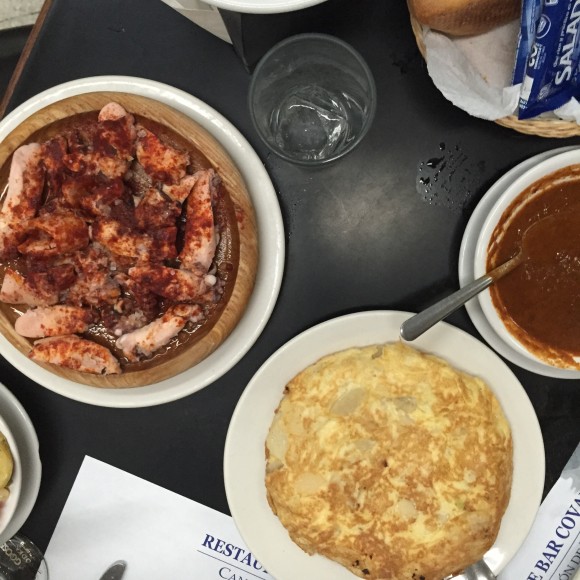 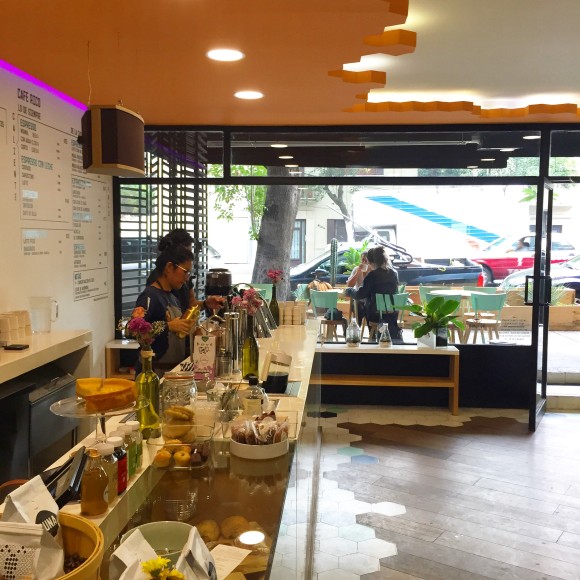 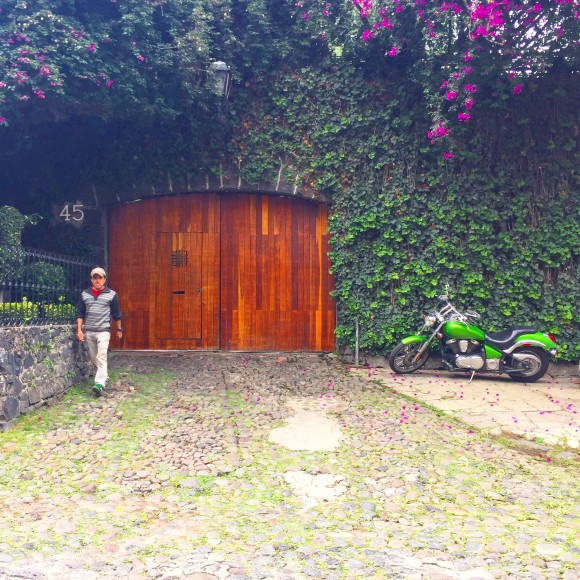 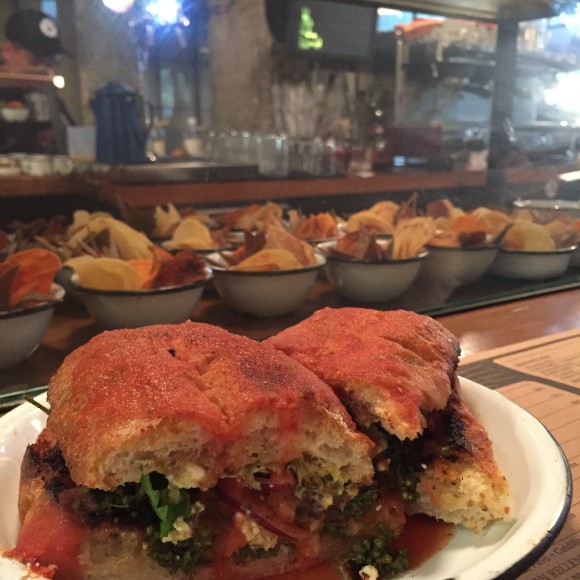 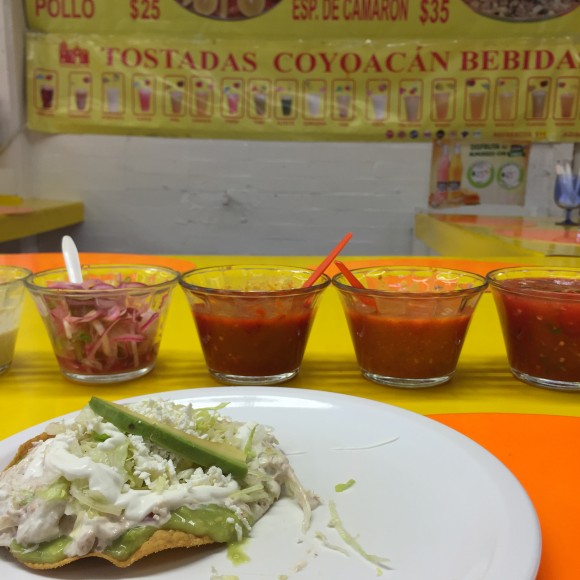 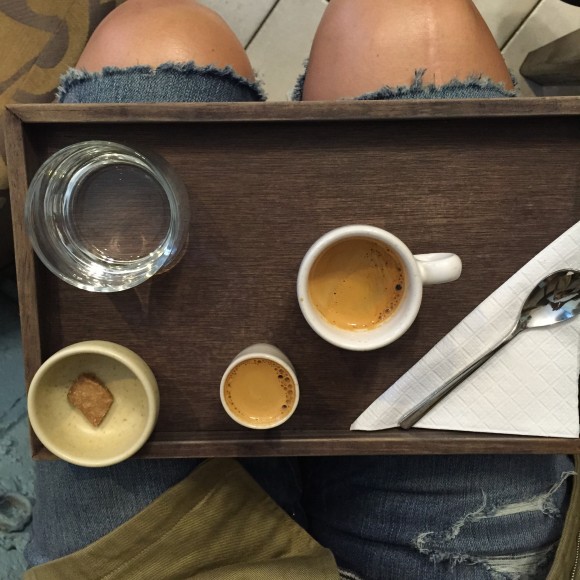 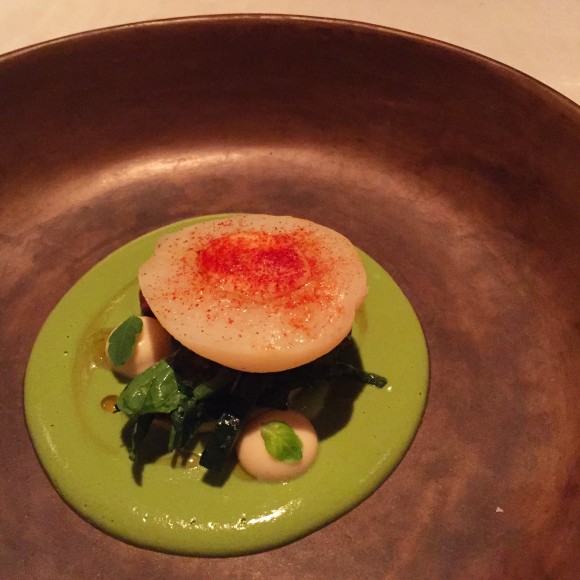 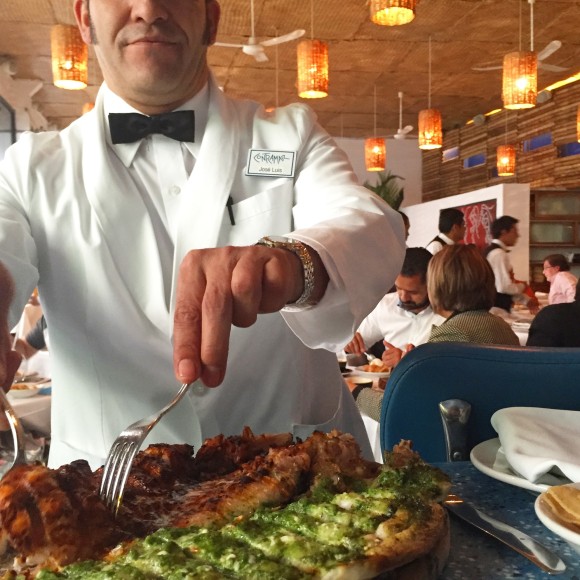 Hotel Downtown
A solid rooftop to chill at during the day, here we sipped cocktails for hours above the busy and noteworthy streets of the downtown area.  This is just five minutes from the historic Zocalo square, so acts as a great refueling option after strolling these chaotic streets.

Pujol
We had a pretty flawless meal here.  Pujol is one of the higher end spots in Mexico City, offering a set tasting menu and multiple servers to wait on your every need.  It’s also ranked at an impressive #15 on The World’s 50 Best List, which means expectations start high and you just hope they end up getting met.  Each dish was aesthetically unique as well as gastronomically complex, and all was seemingly handled with ease, precision, and remarkable taste to match.

Maximo Bistrot
Chef Eduardo Garcia of DF’s Pujol and NYC’s equally acclaimed Le Bernardin set out to make his own culinary mark in 2012, and with the opening of Maximo Bistrot he did just that.  Maximo Bistrot is sleek and simple, but also invokes a feeling of cool and sophisticate. Set on a corner in trendy La Roma, a late dinner at Maximo blew us away and made us fall more in love with the city than we already had.  This was one of my favorites.

Lalo!
Run by the same owners as Maximo Bistrot, Lalo! is cool on first glance.  There is one very long, very large table, some loud, colorful cartoon-like graphics on the walls, and black and white tiles beneath your feet.  Lalo! is eclectic eggs dishes by day, pizza pies by night; what more could one want?

El Califa
Casual almost fast-food like joint that while not amazing, does get consistently mentioned when you ask locals where to go for their favorite taco.  It’s opened till 4am and if you’ve got a craving, it’ll get the job done. The large avocados they serve on the side didn’t hurt the cause either.

El Pescadito Condesa
New to the Condesa neighborhood, El Pescadito Condeso is a chill, open-air fish taco spot, with a line up of chefs to the side of the register frying and flipping and fortifying the fish that’s about to be placed in your double tortilla.  Drop your desired toppings on yourself after picking your style, and you’ve quickly got a nice little fish taco in your hands.

Contramar
Contramar is excellent and was my favorite restaurant in Mexico City.  We went early one afternoon (to guarantee a seat as this place gets packed), became great friends with our waiter Jose, became great friends with the large group of locals sat next to us, and sat for hours and hours full of food, drink and interesting conversation.  The tuna tostadas are out of this world, and the massive grilled fish that comes doused in two different sauces is something you will never forget.  If I could dine here weekly, I’d do so without hesitation.

Mercado de Coyoacan
This is a massive casual food hall that is swarming with locals.  Wander around, find the tostadas hub in the middle, and get yourself a bunch.  At $1 each, don’t deliberate, just eat.

Bravo Loncheria
This might not be in the most highly trafficked area (for visitors) in the city, but it’s a lunch spot that swarms with local businessman ready to dig into some awesome, and gigantic, tortas.  Tortas, which are large sandwiches often stuffed with chicken, pork or octopus, are everywhere in DF.  They are especially excellent here though, eaten on stools at a wraparound counter, complemented by sides of chips and veggies, stocked high with cheese, sauce and your fish or meat of choice.

El Cardenal
This is a Mexico City institution.  It’s fast moving, sprawling and bustling.  You will be offered natas (clotted cream) and warm fresh bread upon sitting, which you should definitely take advantage of.  After that choose from a huge array of traditional Mexican dishes; the tacos de cameron with a side of guac and enchilades with chili, cheese, shredded lettuce and slices radishes were some of our favorites.

Rosetta
Rosetta is absolutely beautiful.  The decor is warm and inviting and every room is riddled with strong personality.  Here, inside of an old mansion house, we enjoyed an Italian influenced meal that while not perfect, was nonetheless quite memorable.  The goat cheese carpaccio with truffles, drizzled honey and rye bread was a particular stand out.

Covadonga
For a good dose of what DF used to be, go here. The huge and rather elegant Covadonga is one of the few cantinas that has successfully turned traditional into trendy. The décor hasn´t changed that much, retaining the antique bar and square wooden tables from when it originated, but the clientele has transformed from domino-playing regulars to the young on a retro night out. The menu features nominally Spanish food, with tortilla Espanola and jamon Serrano.  The pulpo is a must order, too.

Romita Comedor
Very striking interior; floor to ceiling windows, captivating black and white tiles lining the spacious floor space, a long, dark bar.  Unfortunately, the vibe fell a bit flat, but perhaps worth dropping by for a drink en route to another nearby destination.

Tacos Gus
Hole in the wall spot with to die for tacos.  Pick your poison by choosing from a dozen meat or veggie fillers and then wait patiently.  Your creation will be handed to you on a brightly colored plastic plate, with a plastic bag wrapped around it for easy repurposing.  Nothing easier, nothing better, went here twice.

Licoreria Limantour
Now on the GQ top bars of 2015 list, this cocktail bar is well worth a stop at.  The vibes are dark and sexy, the bartenders friendly and the drinks taste like magic.  Make it happen.

Buna Café Rico
This is a truly great coffee spot in Roma Norte, and as my Airbnb was in the area it fast became our morning local.  The Buna coffee establishments are rapidly multiplying, with new shops opening around the city.  The interior of this one in particular looks like a fun little science experiment, with beakers and contraptions scattered about; don’t worry, they are certainly not just for show.  The produce some damn good coffee on the daily.

Café Avellaneda
Cafe Avellaneda is another super cool coffee shop, in the Coyoacan area of DF.  This is a very much the definition of a true hole in the wall (it’s a teeny tiny space on one of the winding side streets), but the coffee they crank out is no slack.  If you order espresso it’ll be served to you on a fancy little tray complete with different strength drips, water and a mini dipping cookie.

Mercado Roma
This is a modern’ish food hall that is worth dropping by one day.  It felt a bit too man-made for my liking, but the structure and design are unique and interesting.

Panadaria Rosada
A heavenly bakery in La Roma.  The quiche and pastries were phenomenal.  Worth a visit, for sure.