Where To Find The Best Food in Hong Kongfeatured

Hong Kong is made up of two different sides; one being Kowloon and the other called Central, divided by Victoria Harbour.

Kowloon has over 2.1 million people living in an area that is not all that big, and is the side that many might call the “real” portion of the city, escaping many of the influences that the British colonization had across the water. It’s gritty and it’s interesting and it’s worth going to.

Central, or Hong Kong Island as it’s otherwise known as, is also highly populated at almost 1.3 million people, but the westernized impact can be felt much more tangibly here. Turn the right corner and you’ll even find streets reminiscent of parts of Brooklyn, or London.

Hong Kong also has a stunningly gorgeous and much softer side, too. Take a bus up and around the mountain and you won’t believe the landscape that folds out in front of you; it’s absolutely breathtaking.

Spending time in all parts of Hong Kong will do you good, and will give you the best feel for all that this high energy city has to offer. As you’re exploring, here are some of the best spots to kick your tired legs up and eat very well, too. 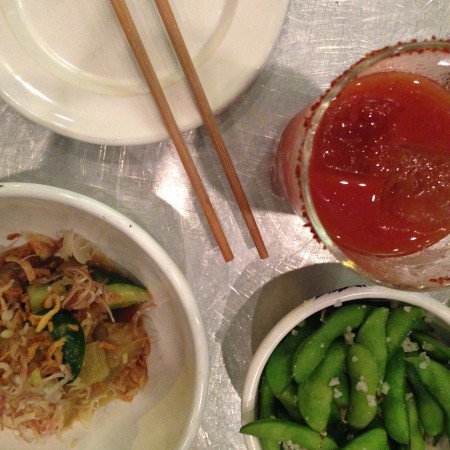 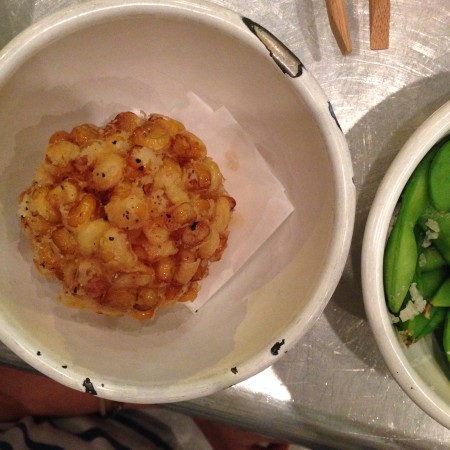 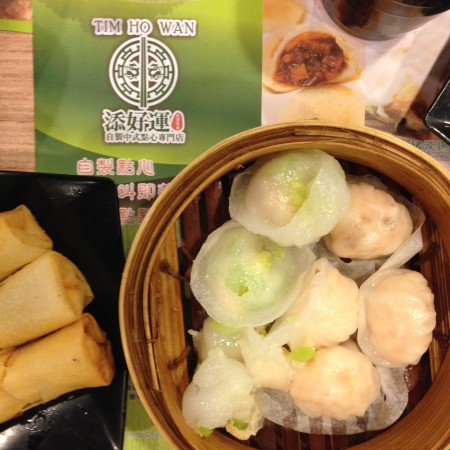 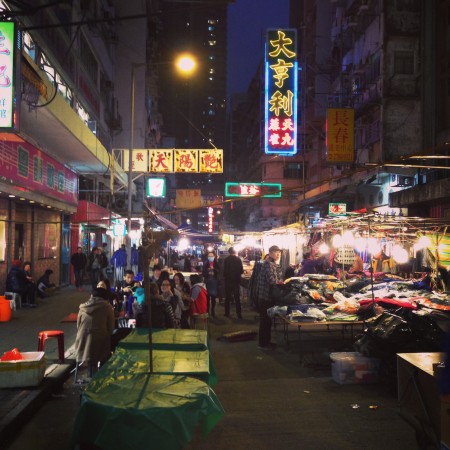 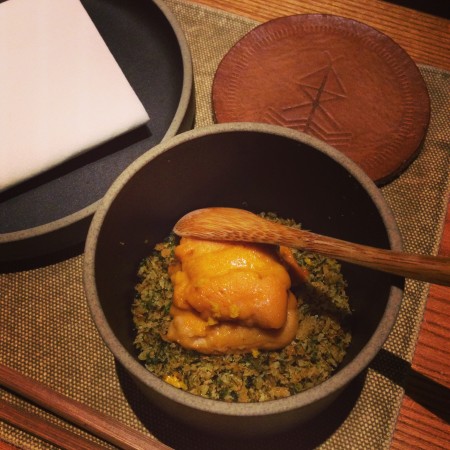 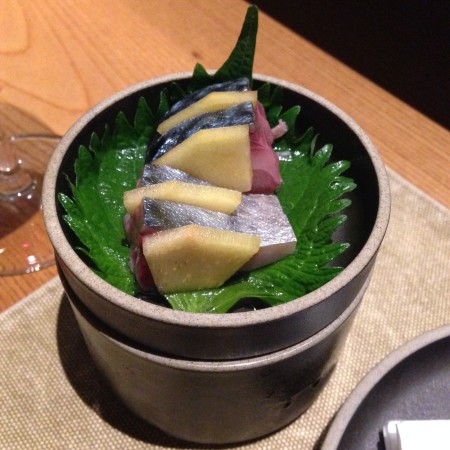 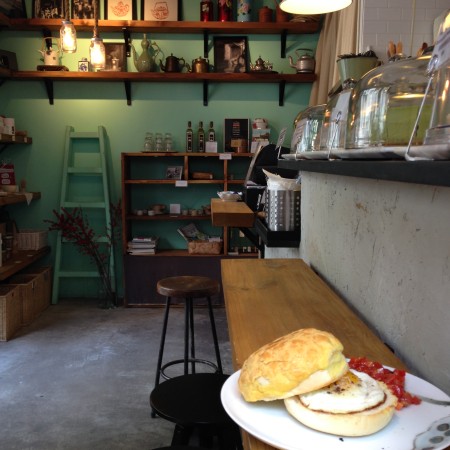 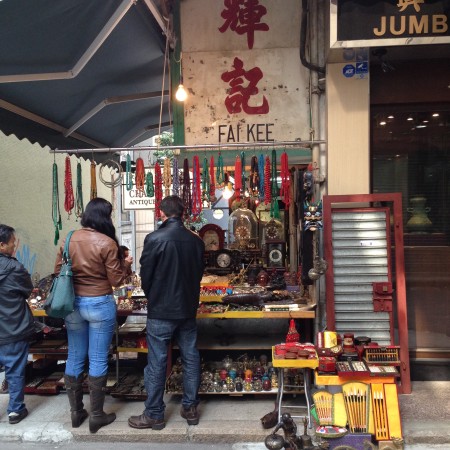 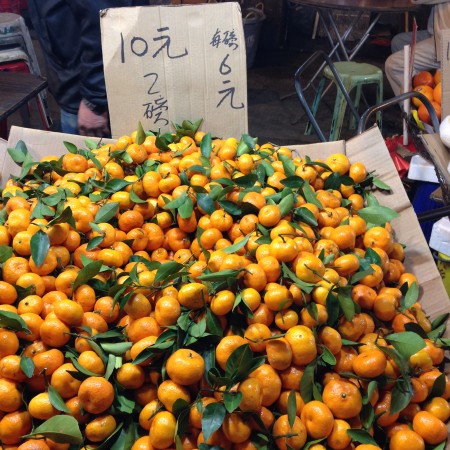 Yardbird
Yardbird is one of my favorite meals I have ever had- in the entire world. Chef Matt Abergel of famed Masa in NYC and Lindsay Jang, who happened to be sitting next to me as I ate and served me saki by the time the dinner was up, started in New York and used their experience to open an uber cool, super fun, highly creative yakatori spot in the trendy Sheung Wan area. The fried sweet corn tempura and “KFC” cauliflower with yuzu and chill were unforgettable, and the night and vibe were just fun. Yardbirds’ a total winner.

Shek O Chinese & Thailand Seafood
When you get yourself to the back side of the island, where there are those stunning views I was talking about before as well as surfer haunts like Big Wave beach, stop for a moment at Shek O Chinese & Thailand Seafood while you’re at it. Totally bare bones, with an extremely simple and casual set up in the village of Shek O, it’s a very different experience and also one worth having.

Butao Ramen
This is a “make your own” ramen haunt in a hole in the wall room. Here you’ll grab a pencil, check what you want off a long list of options like soup infusions, garlic levels, oil source (light, normal, heavy, super heavy), toppings (tree mushrooms, seaweed, egg), even texture of noodles (super soft, soft, normal, hard, super hard). On my tab: garlic infused soup with spring onions, mushrooms and egg, with firm noodles. There’s a long line out the door here, so be ready to wait.

Tim Ho Wan
Tim Ho Wan is the cheapest Michelin star in the world. It’s also located in a train station’s lower level. The food did not blow me away, but that combination was intriguing and unique enough to get me there.

Ronin
Dinner at Ronin, owned by the Yardbird power crew, was special. I was lucky enough to be sent here by Lindsay Jang and friends after conversations I had with them on that first night at Yardbird, which was pretty amazing luck as a seat can be extremely hard to come by. There are just 14 spots along the bar and then another couple of standing places parallel (it’s a narrow and long restaurant). The vibe is uber chic and sophisticated, and is more reminiscent of a whiskey bar than a proper restaurant. The small menu boasts options like uni nori, turbot, fried baby crabs, walnut and pomegranate salad, and honey glazed fish. Beware, Ronin is quite pricey.

Teakha
Teakha’s got that ex-pat vibe we often crave and shows a nice side of the more “hipster” side of the city. Go here for breakfast and indulge on an egg sandwich on Hong Kong’s famous pineapple bun. Afterwards, be sure to walk it off with a wander around these charming and interesting back streets.

Po’s Atelier
Did I say walk it off? I meant stop by Po’s Atelier after your Teakha breakfast and have some desserts.

Chom Chom
Casual Chom Chom is set on a busy corner of the Soho area of Central. Its thing is Vietnamese food and it does its thing quite well. Chom Chom is a great place to gather with friends, drink some beer and devour all those things you never mind having; salt and black pepper squid, vietnamese fried chicken wings, caramel black cod and sriracha grilled corn.

Grassroots Pantry
Rolling on with that ex-pat theme, Grassroots Pantry is certainly popular with visitors, but also equally so with locals. One glance of the menu and the space and you’ll know for sure that food trends are not contained to only certain cities, or countries. Go here for lemon chia pancakes, quinoa porridge and granola with coconut yogurt and hemp. You get it.